Relive Bartali’s story from the book Road to Valor

Ride through beautiful medieval villages in Tuscany and Umbria

Enjoy this special cycling holiday in the heart of Italy to discover Gino Bartali’s epic route, from Florence to Assisi, and Tuscany’s most memorable stages on L’Eroica and Strade Bianche grandfondos.

The first part of the week will be dedicated to the inspiring story of Gino Bartali, narrated in the famous book Road to Valour, by Aili and Andres McConnon: not only one of the strongest cyclists at Tour de France and Giro d’Italia, but an underground hero during the Second World War. Reviving his journey, from his house in Florence Ponte Ema to Terontola train station, we will visit Bartali’s Museum and ride the same route along which Gino saved the life of many Jewish people during the second world conflict, carrying forged identification documents in the tubes of his bicycle. Our journey will then head to the magnificent city of Assisi, UNESCO World Heritage Site.

The second part of the week will take us across two more UNESCO sites, the marvelous Val D'Orcia all the way to Siena. We all have in mind those Tuscany postcard-like dirt roads, running between lines of cypresses, surrounded by vineyards of famous Brunello di Montalcino, Montepulciano and Chianti red wines, and set of the L’Eroica, Strade Bianche and Giro d’Italia most incredible stages. Add to this the epic winding road, set of Millemiglia historic car race, arriving at San Quirico d’Orcia and you will live the true spirit of Italy, while a triumphant entrance in Siena main square, set of the Palio delle Contrade historical horse race, and finish line of Strade Bianche will be the well-deserved “grand finale” of this unforgettable week with Ital Cycling..

Meet Ital Cycling team and your fellow riders and start getting in the mood of this week dedicated the soul of Italian cycling history. Take a walk in the center of Florence and enjoy a wonderful Italian dinner in Bartali’s hometown.

After a private tour at Gino Bartali Museum, our first day ride will start right from Bartali’s house. A pleasant ups and downs on non-busy roads will lead us to the town of Arezzo on paved roads, immersed in woodland, olive trees fields and vineyards.

From Arezzo we will cycle to Terantola train station, where, during WWII, Bartali would use his popularity to distract the police in order to facilitate the escape of Jewish people. Heading southwest, we will stop in a small cafe on the hills overlooking Lake Trasimeno before arriving . The route will end in Assisi, and incredible medieval city, birthplace of Saint Francis, founder of the Franciscan Order, where its art masterpieces, such as the Basilica of San Francesco and paintings by Cimabue and Giotto, have made this place a reference point of Italian and European arts and architecture. After the climb to the city center, a typical torta al testo will pay back all the fatigue!

Today we will pedal through Val d’Orcia Tuscany UNESCO site, heading to Pienza, a stunning landscape that inspired artists like photographer Franco Fontana, and continue on mixed terrain to the beautiful medieval village of Montepulciano, with its square overlooked by Pulcinella Tower (popular Italian folklore character) and famous for its Nobile red wine. The beautiful winding roads of Tuscany will take us back to San Quirico from its most famous Millemiglia road.

The day and the ride will be dedicated to the ancient town of Montalcino famous for its Brunello red wine and to L’Eroica route, across Tuscany most beautiful landscape. A Fiorentina steak but also excellent vegetarian dishes will make this dinner special.

We will descend from San Quirico to admire Tuscany’s roads dotted by cypresses and to cycle on these beautiful hills covered in vineyards, sunflowers and wheat fields, warming up our muscles for the climb to San Giovanni d’Asso. On the way to Asciano we will pass Baccoleno beautiful farmhouse, with its enchanting winding road. We will continue riding in the heart of Chianti region, through its famous vineyards and across Castelnuovo Berardenga, heading to this wonderful week “grand finale” with the arrival at Siena iconic Piazza del Campo, set of the world-famous historical horse race, Palio di Siena and finish line of epic Strade Bianche grandfondo.

This is your last chance to visit Siena and to have a glass of red wine or a Negroni. Goodbye Tuscany!

The fee does not include

Anything not mentioned in "The price includes" 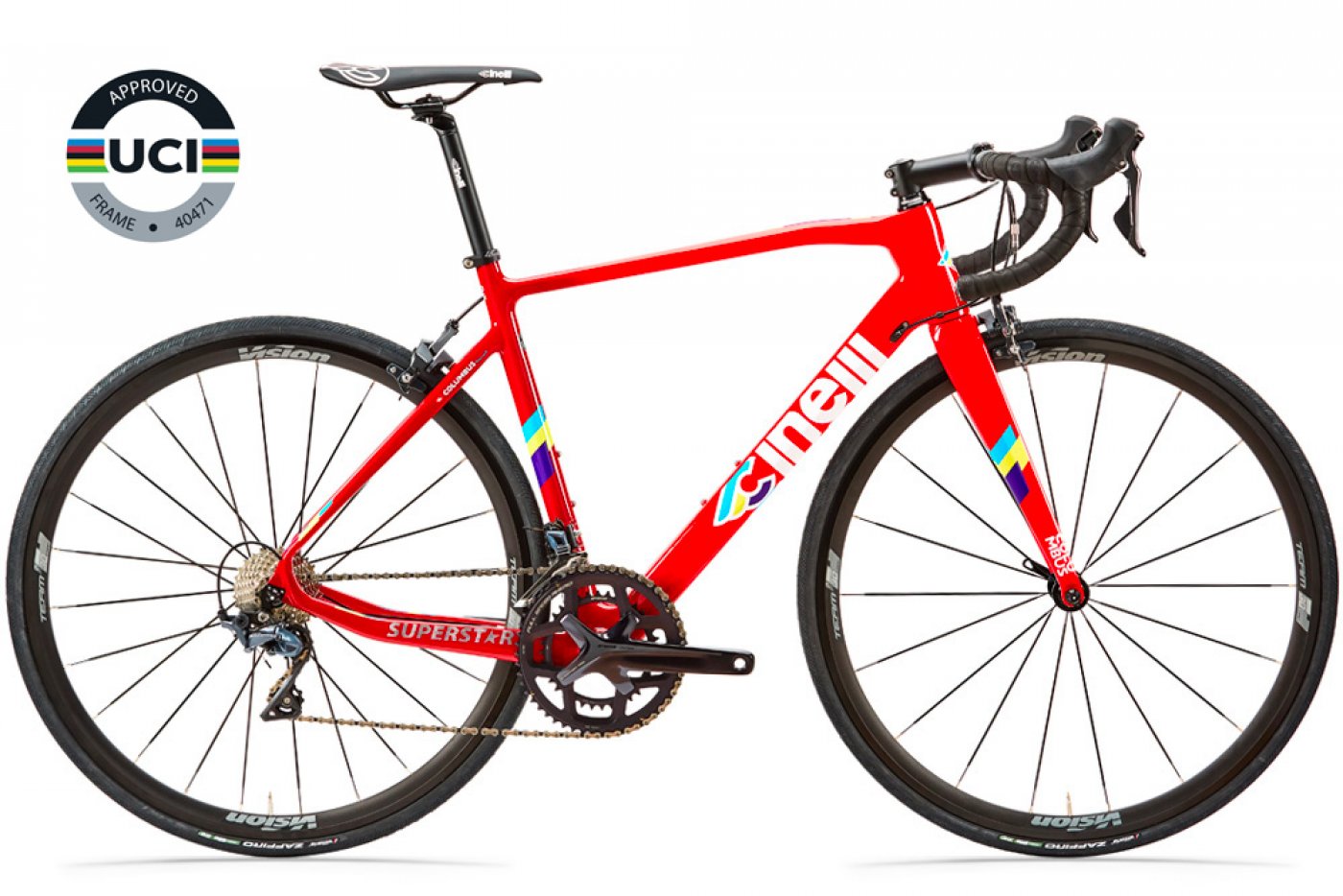 Ital Cycling Bike Tours offers you a road bike rental which is at a professional level.
The Superstar is Cinelli’s cutting-edge carbon fiber re-interpretation of the mythical Italian stage-racing bicycle that is the brand’s heritage and DNA.
Unlike other brands who each year offer bicycles with ever increasingly narrow scope of use, Cinelli, when developing the Superstar, obsessed over the way in which the inherent qualities of carbon fiber and its manufacturing processes could be employed to produce an aggressively contemporary version of the legendary versatility of the Italian Grand Tour ride quality i.e. the intelligent balance of low-weight, aggressive handling over highly varied terrain and long-distance riding comfort. 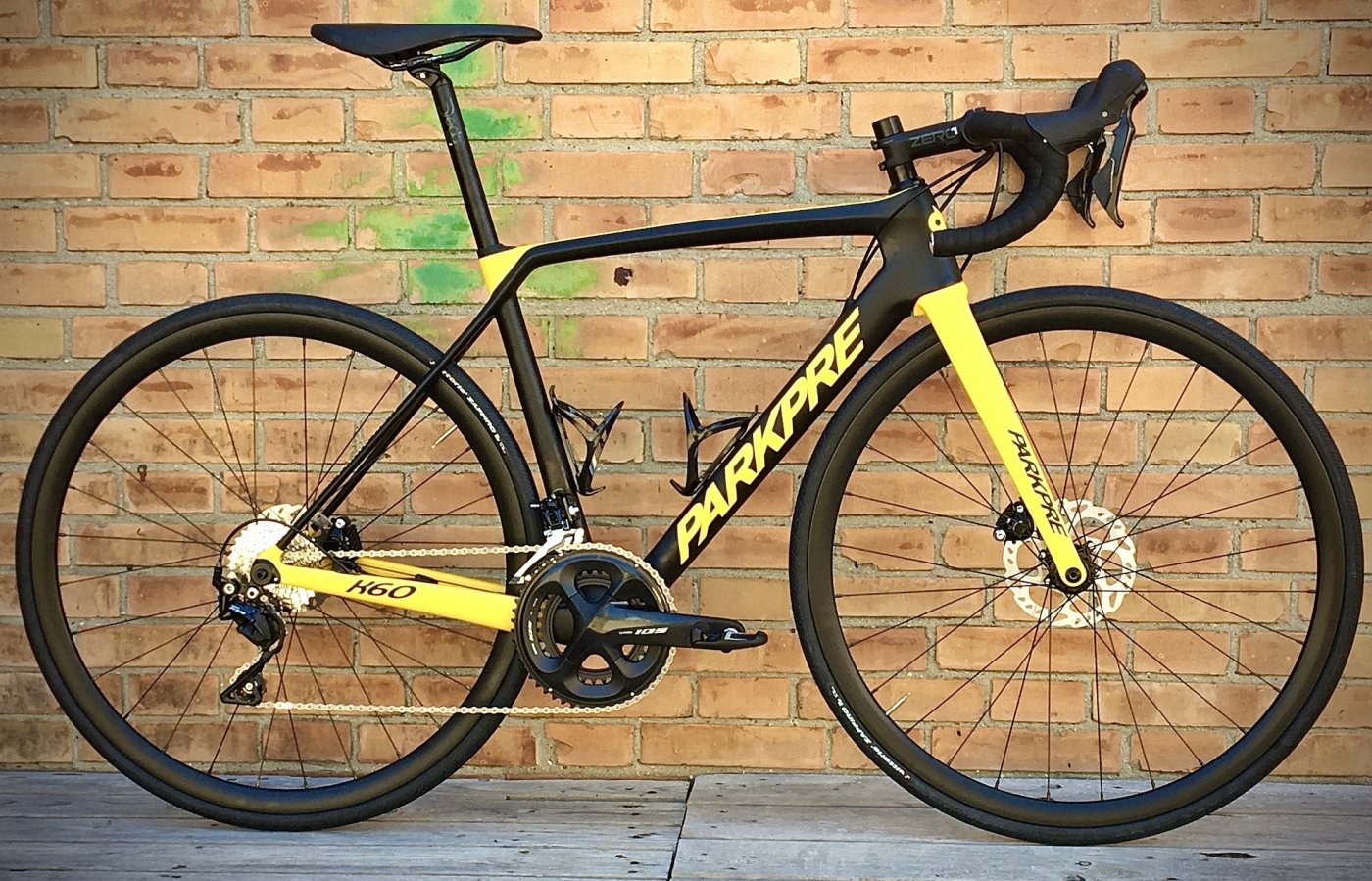 The K60 is the ideal model for those who switch to a carbon frame for the first time and wish to do so while being careful to optimize the quality / cost ratio. Also designed for cycle touring, the reactivity and stiffness of this bike will amaze you! The monocoque carbon frame weighing about 990 grams, is characterized by modern lines, in the name of cleanliness and elegance.